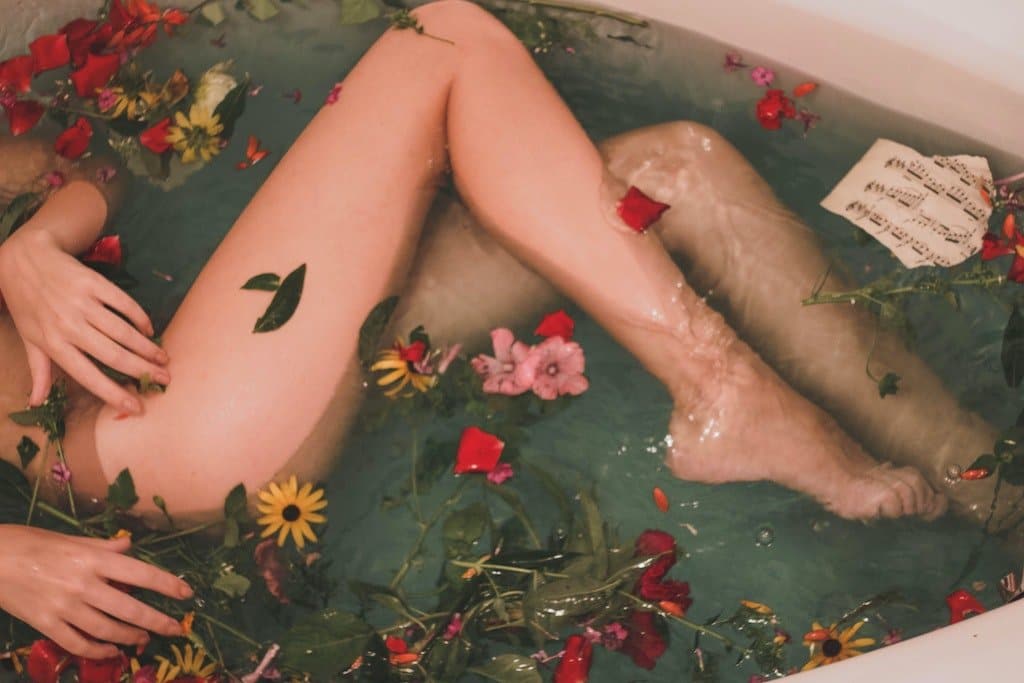 April is sexual assault awareness month, this is an excellent opportunity to engage in talks about consent with our children, in an age appropriate way. Children are not always the main thought when it comes to consent. As parents we usually try to protect our children from predators and teach them what to look out for, but what if we also prevented them from becoming predators in the first place? What if, we as parents, took our role more seriously around the terms of consent and instead of protecting them from rape culture started teaching them to generate a culture of consent??

For our intents and purposes lack of consent education hits home for GCP parents. Before a child is old enough to discuss sexual consent there are a whole hosts of opportunities to discuss consent, create boundaries and prevent sexual violence in their future.

To change the rules we need to understand what the rules are and why. Before we start I want everyone to remember GCP celebrates all genders and the full gender spectrum. We believe in sexual empowerment, but need to acknowledge the important intersection of body objectivity rooted in femininity, masculinity and nonbinary, and discuss how we can manage this area while still celebrating the beautiful gender spectrum for our kids and valuing their body. To discuss this lengthy topic we’ve created a three part series.

In an excellent article Feminist Perspectives On Objectification  they discuss how a woman in a patriarchal society, like the US, becomes fragmented. In her book Femininity and Domination: Studies in the Phenomenology of Oppression (Thinking Gender) Sandra Bartky demonstrates that this occurs because women are too closely identified with their body, a thing regarded as less inherently human than the mind or personality. Since the objectifier and the objectified can be one in the same women in patriarchal societies often feel watched by [cis-gender] men, and feel the need to look sensually pleasing, in the institutionalized heterosexuality regime. In this way women are objectifying themselves, believing our body is an object to be gazed at and decorated. We learn to treat ourselves as objects, and exist as an outsider within our own bodies.

Bodylore’s article Objectification of Black Women discusses new research that shows black women are more likley to be objectified and perceived as less than human than their white counterparts. They discuss racist, sexist, and classist ideologies contributed to sexual objectification experiences among black women. “The sexual objectification of African American women dates to the slave era, whereby they were considered subhuman and likened to animals with uncontrollable sexual appetites. The historical institution of slavery, attraction, current stereotypes, and sexuality are factors that impact the objectification of black women’s bodies.” They go on to discuss the case of Sarah Baartman a South African woman who had a condition called steatopygia, which is an excessive buildup of fat that causes a protuberant buttocks. She was paraded as a freak show in Europe and customers could also pay for private shows where the guests were allowed to touch her.

Bartky also discusses the disciplinary practices that preclude a “feminine” body and that these practices are rooted in objectification. 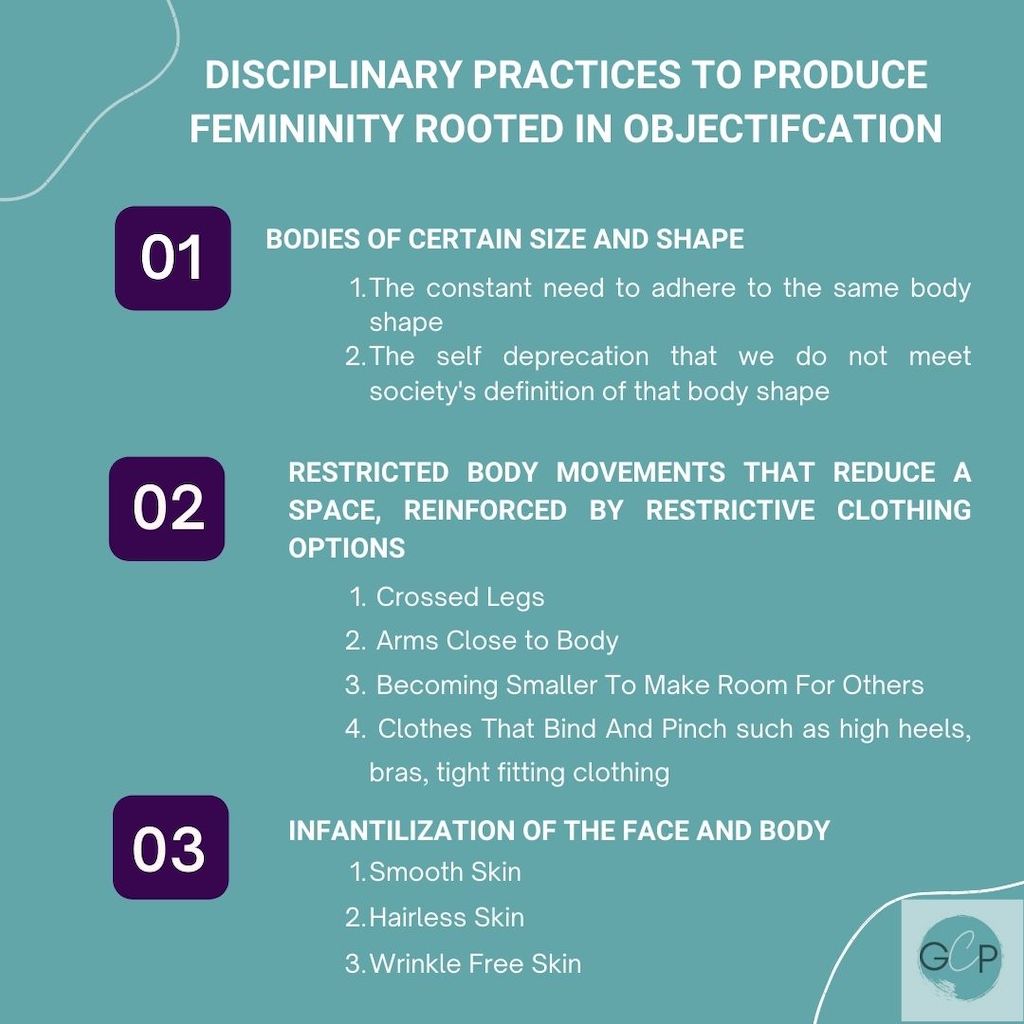 Another philosopher in the article, Young, discusses that a preoccupation with appearance as an object requires suppressing a sense of our bodies as strong active subjects. The objectification message resides all around us and because it is a constant onslaught of what femininity is our society has come to think of this as the natural order of things rather than the socialized order. It is something women, and gender fluid individuals have all internalized and will be one of the hardest biases to be rid of for the gender creative parent.

It is no surprise men and masculine presenting individuals have increasingly become more objectified throughout the years. Men’s magazines are ripe with six pack abs, the perfect shadow and shiny hair. Men and masculine presenting persons have started to feel the pressure the cosmetic industry has targeted for women and feminine presenting people for decades. And why not? The industry itself only becomes bigger and more profitable the more customers it has. However, is this what we want?? Do we want more self conscious individuals? Or do we want adults who feel secure in who they are? Is society going in the right direction or has our objectification problem grown?

Research discussing objectification of non binary individuals was lacking for this article. Let’s not let this erasure prevent us from putting a spotlight on our fellow humans experiences. Since non binary is an umbrella term, it includes within the binary spectrum ex. feminine to masculine, and outside of it, ex. agender.  Individuals within the binary spectrum likely experience and succumb to the same objectifications as their cis gender counterparts. Research is lacking for agender individuals and without this I will not make assumptions discussing their objectification, but state this research is necessary. Non binary is also sometimes included under the transgender umbrella. It has been documented transgender people often experience objectification and dehumanization to a greater extent than their cis gender counterparts. It is likely non binary individuals also experience this, creating similar negative results regarding their own objectification of themselves

Objectification is a social construct

In the same article Haslanger, another feminist philosopher, discusses that an object cannot exist without the properties that constitute its nature. To discover this nature is to look for observed regularities and without these regularities it is assumed any change in the objects nature will inevitably destroy it. Therefore to know what a woman, man, genderfulid person is only needs one to observe them and therefore have a definition.

Mackinnon demonstrates if viewed like this women by nature are submissive and object like, whereas this disposition is actually a byproduct of gender inequality. While people might adopt these behaviors because they are a woman or feminine presenting they adopt them out of necessity, not nature. Women and feminine presenting people have adopted this “nature” in order to survive in society. So, in one sense Haslanger’s definition is accurate, women and feminine presenting people are as they are perceived to be and while it is not natural everything outside of these parameters does seem to disturb their place within society. This is another reason society has trouble understanding those outside of the gender binary, and continue to dehumanize those within the binary who’s gender expression swings toward the feminine. Haslanger goes on to say once we have cast individuals as submissive and deferential “by nature” efforts to change this role appear unmotivated, even pointless.

Now, if I felt it was pointless I wouldn’t be writing this article.

A study by Fiske et al. 2009: From Agents to Objects: Sexist Attitudes and Neural Responses to Sexualized Targets used neuroimaging to show activation of the brain that attributes seeing another entity as human if they are also seen as a sexualized target. They found that men with a higher hostile sexist scores (hostile sexism defined as a combative ideology maintaining that women seek to control men and use sexuality or feminist ideology as a means to achieving status) had decreased activation in the areas of the brain associated with seeing women as human and an increase in activation of the areas associated with using tools if the women were wearing less clothing. The highest association were bikini clad women. This means when these men see bikini clad women they do not give these women their own agency they are tools to be used. It should also be noted that female participants and males with lower HS scores were also faster to correlate bikini clad women with less agency and more object like persona. The team is working on further studies to see if these neuro activities have similar effects when men are seen as sexualized targets.

2 thoughts on “Consent for kids: Short History of objectification”