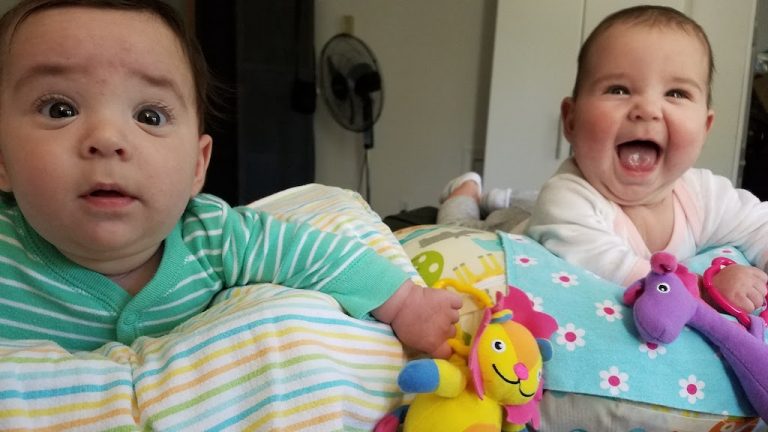 Reminder: Any use of the words boy or girl include cis-gender and trans-gender boys and girls.

You made it! If you’re like me you’re surrounded by well intentioned friends who smile and nod politely as you discuss your views on gender. If they’re a great friend they’ll move their beer to the side, look you dead in the eye, cock their head and bluntly tell you you’re on a train to disaster town where your kid is going to get picked on and teased and it WILL be your fault. Cue the dreadful music.

That’s a lot to take in. Now, if you’re reading this it means you’ve found me and others like me who live everyday with this pit of despair in their stomach. The difference between us and our friend is that we know in the foundation of our soul gender stereotypes do more to oppress children in the long run than any teasing ever will. We know it is more important that they like themselves before anyone else likes them. We know that our child will come across obstacles and we will hold steadfast with support and guidance, teaching them to hold their head high no matter what they choose to wear, do, act, or play with.  We know this because together we will build support networks from here to Shangai and generate everything from curriculum to basic vocab sheets to get our children to adulthood. We will be tired, and we might feel distress but we are modern parents and our resolve will not be broken. Our friends will smile politely and we will smile back while we will hold them accountable in helping us get a little closer to gender equality. Our friend will join us on this journey because they love us, and more importantly because if they don’t we are NOT paying for that damn beer!

What you do with [a child] can influence not only [them], but everyone [they] meet and not for a day or a month or a year but for time and eternity.— Rose Kennedy

Like I said in the beginning it was all boy girl twins and gender neutral kids clothes.

Vocabulary we will learn in this post: Cis Gendered, Gender Normative, Gender Neutral

Here’s where my family started….

After I got pregnant with twins, my wife and I had a lot of discussions about gender. Luckily we were on the same page and felt gender wasn’t something we could tell our children but something our children had to tell us. We wanted to nurture our children to feel comfortable in their bodies and overcome any gender oppression society may try to bestow on them. We had never heard about Gender Creative Parenting or any other type of gendered parenting. Being part of the LGBTQ+ community made it easier for us to make this decision but we didn’t know much about gender. Why would we? While our sexualities were outside the heteronormative construct our gender identity was well within gender norms We both identified as cis-gender as did most if not all of our friends. We thought we were forging our own path. Eventually we’ll learn this path has existed for eons and has been tread by many a great people.

Gender Identity: a personal conception of oneself as man, woman, both or neither. This concept is intimately related to the concept of gender role, which is defined as the outward manifestations of personality that reflect one’s gender identity within a specific culture.

Cisgender: denoting or relating to a person whose sense of personal identity and gender corresponds with their assigned birth sex within the gender normative construct. Plainly this  means if you were born with a vagina you identify as woman and if you were born with a penis you identify as a man. Being 80’s babies and  having vaginas my wife and I identified as women. No one asked us if we wanted any other choices…..

Gender Normative Construct: Behavior that is compatible with cultural expectations

Back to our story…We did want to know the sex of our twins, but once we found out family and friends instantly started calling them “she” and “he”. This was bothersome but having twins is a big journey so pronouns were not our biggest obstacle at the time. I cringe to think of it today but we did do a “gender” reveal video. We mulled over it for a while, we felt uncomfortable, but eventually societal pressure won. At the time we lived abroad and I think the excitement and everyone’s attention helped us feel more like we were at home during such an important time in our lives. After the debauchery of the “gender”-reveal video we decided raising the kids “gender-neutral” was the best option.

Gender Neutral- being free of gender

We shopped for “ gender-neutral ” kids clothes but mostly these fell near the masculine side and we had no choice but to oblige. This was the second time we felt frustrated and uncomfortable. We didn’t want to dress our “female” child in a lot of pink so we chose blues, whites, greens and A LOT of animals over flowers and hearts. We didn’t know it at the time but we were struggling with our own gender biases. In another article Clothes Have No Gender, Empower Kids To Get Creative, we discuss how avoiding very “feminine” options is also part of gender oppression and the reason we switched from gender neutral parenting to gender creative parenting. But right now this is where we are, with boy girl twins, trying to shop for gender-neutral kids clothes that are all within a cis-gender masculine framework. SOCIETY 2 US 0

Babies and small children don’t put value on clothes until they get older. If you are a new parent or expecting, remember Gender Creative Parents allow their children the full range of options. Lucky for us in the past few years there are a few kids clothing brands who strive to create gender equality. So whether your kids want to look “ cool ” or would love dinosaur dresses with pockets, cater to their creative side, allow them space, find pieces that allow them to be free with who they are (and of course are machine washable).

Every Bean, “We believe in clothing as it is — ungendered!” Every Bean actively engages the “un-gendered” market. A small company they provide and market a variety of clothes that can be used for any baby or toddler.

Smarty Girl, “Empower girls to explore STEM in style.” Smarty Girl’s marketing targets “girls”but they have an excellent variety of clothes within the STEM interest that all children will love regardless of their gender.

Mitz: “Creative clothes for clever kids”. Mitz marketing uses “kids” instead of girls or boys, which I appreciate.

Mini Rodini boasts sustainable clothes that match a kid’s own “personality, mood and creativity” without addressing if they are for “boys” or “girls”. This is a well known international brand that has  a US option. I also LOVE their current E.T. trends!